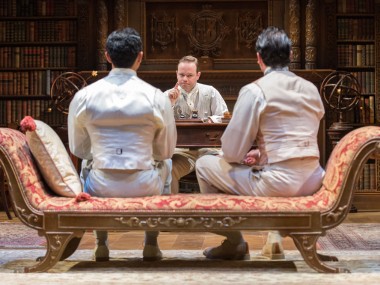 The director of the Royal Shakespeare Company’s new production of Love’s Labour’s Lost talks to the RSC’s Nicky Cox about turning from actor to director, and how he came to direct two plays at once, to set them either side of the First World War, and talks about the decision to place both plays in Charlecote Park, a stately home near Stratford-upon-Avon. Recorded in the Royal Shakespeare Theatre, Stratford-upon-Avon, 10 October 2014.

I’m still in a state of shock that I was offered these two plays.