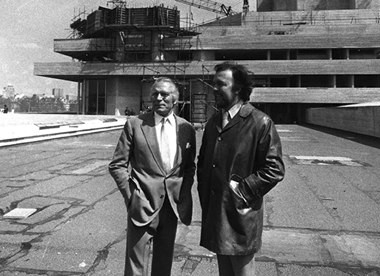 The author of the critically acclaimed The National Theatre Story, published by Oberon Books, talks to Aleks Sierz about his massively comprehensive and very readable account of this flagship, its prehistory, its Old Vic years and its move to the South Bank, where it now celebrates its 50th anniversary. Recorded at the National, 4 December 2013.