You are here: Home » Audio » Actors and Performers » RSC Special: director Justin Audibert on The Jew of Malta

RSC Special: director Justin Audibert on The Jew of Malta 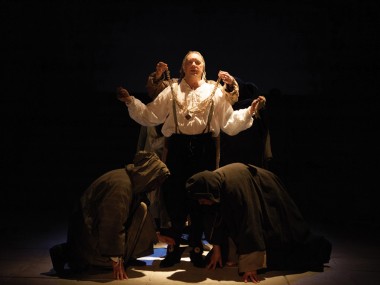 The director of the Royal Shakespeare Company’s The Jew of Malta by Christopher Marlowe talks to RSC Events Coordinator Nicky Cox about hiding behind religion, anti-Semitism, the portrayal of Barabas — played by Jasper Britton — and how the audience has influenced the production. Audibert also talks about his experience at the RSC and directing this play for the second time in his career. Recorded in the Swan Theatre, Stratford-upon-Avon, 23 March 2015.

We were really invested in the idea that is the only security someone has is money, what happens when you take all that away from them?