You are here: Home » Audio » Comedy » Private Eye’s Ian Hislop and Nick Newman on A Bunch of Amateurs 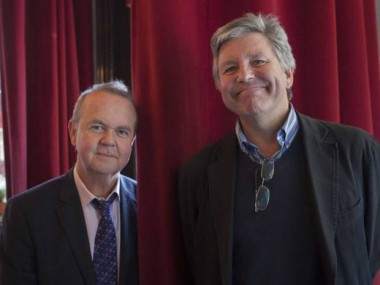 Long-term writing partners Ian Hislop and Nick Newman talk to Judi Herman about transferring A Bunch of Amateurs, the story of a faded Hollywood action hero who finds himself playing King Lear in a Suffolk village hall, from the big screen to the small stage, at the Watermill in Newbury. Recorded at Private Eye, 29 May 2014.

A Bunch of Amateurs is about an amateur dramatic society, it’s about using a small space, it’s about what theatre can do and we ended up doing a play in a small theatre and it works I think the best it could.