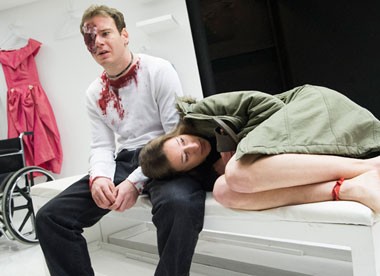 The Leverhulme Bursary-winning director tells Matt Trueman about the intricate relationship at the heart of Rajiv Joseph’s Gruesome Playground Injuries (2009), which he directs for the Gate Theatre in Notting Hill, and why the play’s greatest asset is its theatricality. Recorded at HighTide, 31 January 2013.

Doug turns up and goes: “I’ve knocked my tooth out. I’ve blown my eye out. I’ve been struck by lightning.”