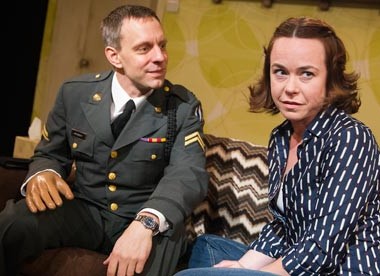 The artistic director of the Gate Theatre in Notting Hill chats to Ella Parry-Davies about directing the first revival of Bruce Norris’ 2002 play Purple Heart, which is currently at this venue. Part of the Aftermath season, the play focuses on the impact of the Vietnam War on a suburban family in America’s Mid West, and the invasion of horror into the domestic in the first of the USA’s TV wars. Recorded at the Gate Theatre, 29 March 2013.

Bruce does a brilliant job of coming across as this sharp, slightly dangerous, spiky guy. He loves saying controversial things to journalists. People look at his work and they feel that the play’s doing the same thing – but actually there’s real heart in this play.