You are here: Home » Audio » American Drama » Director Jeremy Herrin dives deep down into The Nether

Director Jeremy Herrin dives deep down into The Nether 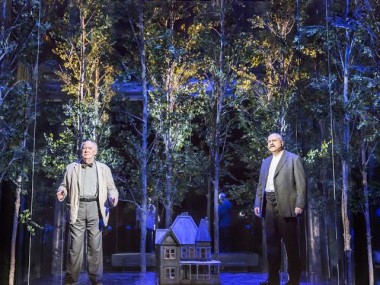 Headlong’s artistic director Jeremy Herrin tells Matt Trueman about Jennifer Haley’s sci-fi detective thriller The Nether, which imagines a haunting possible future for the internet, asking questions about the ethics of virtual reality, online privacy and the possibility of escape. Recorded at the Jerwood Space, 4 March 2015.

The West End is constantly having to reinvent itself. It’s constantly trying to find work that is appealing to people and people don’t want work that isn’t about anything. Theatre is about ideas.