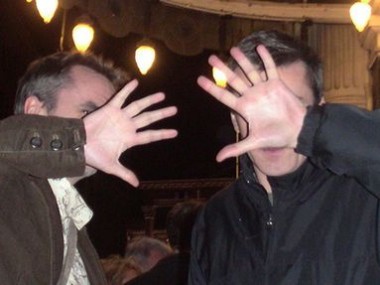 Whinger Andrew and Whinger Phil, authors of the West End Whingers blog, talk to Aleks Sierz about the future of the blogosphere, reviewing conventions, editorial control and the satisfying taste of bitterness. Recorded at the Soho Theatre.

What was interesting about the Royal Court debate was how the whole issue kept getting sucked towards the question of who pays critics’ salaries.