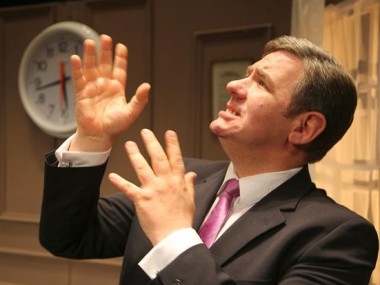 THE CONFESSIONS OF GORDON BROWN

Post-show talk in which Kevin Toolis, the author and director of this acclaimed one-man show about former Labour PM Gordon Brown, hears the views of Iain Martin, former editor of the Scotsman and political commentator for the Daily Telegraph and Dominic Cavendish, one of its theatre critics. Recorded at the New Ambassador’s Theatre, 24 June 2014. Sound quality: variable.

He was one of the leading figures in the West… they built this fairytale, which is actually the maddest idea in human history, the idea that the good times will always carry on. When it explodes it’s such a spectacular event, I think we’re still processing it.