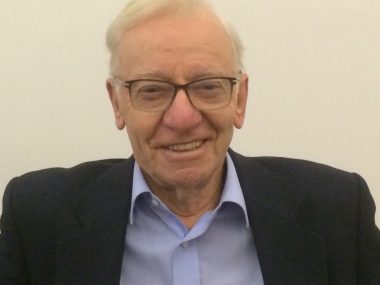 INTERVIEW: TERENCE FRISBY. Critic Dominic Cavendish meets the playwright behind one of the biggest hit plays of the 20th Century, There’s a Girl in My Soup. An anti-rom-com about a swish television chef who falls for a younger woman, There’s a Girl in My Soup ran in the West End for almost seven years, racking up more than 2,500 performances from 1966 onwards. It made Terence Frisby’s name and bridged the gap between a new generation of playwrights, motivated by the social fabric of mid-century Britain, and an old-school of theatrical entertainment. They discuss the play and the production models that made it a hit, as well as his wider writing career. Recorded in Fulham, London, 17th July 2017.

The Mayor of Wolverhampton walked out at the interval in disgust. The Mayor’s wife stayed. She was enjoying it.