You are here: Home » Audio » Directors » RSC Special: the writer and director of Oppenheimer both discuss the play

RSC Special: the writer and director of Oppenheimer both discuss the play 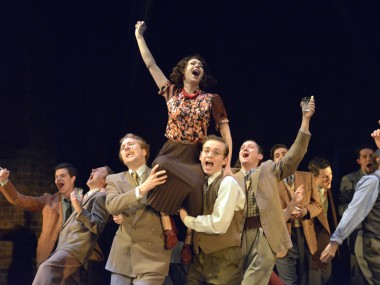 The writer and the director of the Royal Shakespeare Company’s Oppenheimer in conversation with RSC Events Coordinator Nicky Cox. They talk about saving the world, how the play came about, and how the actors and the audience get to grips with the physics behind the atom bomb. Recorded in the Swan Theatre, Stratford-upon-Avon, 21 January 2015.

The people who built this bomb were human beings… it was an act of man.