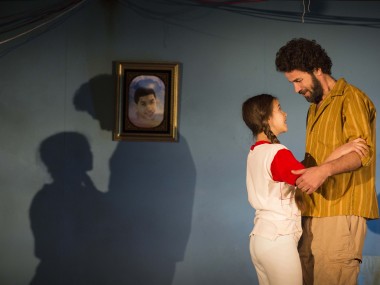 The Royal Court’s International Associate Richard Twyman tells Matt Trueman about his production of Fireworks by the Palestinian playwright Dalia Taha. It’s an unsettling play, set on the ground in a Palestinian town under attack from rockets, and focusing on two families living side by side, trying to preserve their innocence and hope despite the conflict. Recorded at the Royal Court, 10 March 2015.

As she arrived here, the war on Gaza was beginning. We had this very strange sensation of being in the rehearsal room with the actors and discovering that what she’d written was much tamer than what was happening in reality.