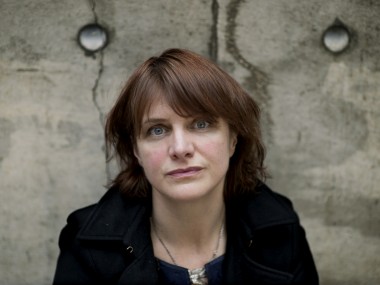 INTERVIEW: REBECCA LENKIEWICZ. Judi Herman talks to the playwright whose Jane Wenham, the Witch of Walkern is based on the true story of a woman tried for witchcraft in 1712. Jointly commissioned by Out of Joint TC, Watford Palace Theatre and the Arcola Theatre and in association with Eastern Angles, Ria Parry’s production has been touring the country, opening in Watford. Recorded on 07-01-2016 at the Arcola Theatre on the last leg of its tour. outofjoint.co.uk arcolatheatre.com

“Jane Wenham is a cunning woman. She lives on the outskirts of the village. Why is she being victimised? Why were so many women killed as witches, when actually they’d done no harm? There’s this feeling that they were women who were quite independent and were not spending all their time at home. So suddenly this fear of the strong woman is fascinating and terrifying.”