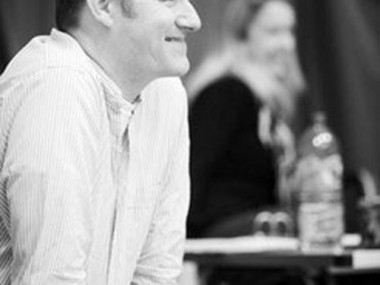 The playwright tells Philip Fisher about his latest, One Man, Two Guvnors (National Theatre), an adaptation of Carlo Goldoni’s The Servant of Two Masters, and then gives an overview of his career, from his Royal Court debut, Toast (1999), to his controversial England People Very Nice (2009), taking in his formative days in the world of stand-up comedy. Recorded: 18 May 2011.

I think we have a symbiotic relationship – critics and writers. We tolerate you… we don’t want to get too close. There’s one or two critics out there who generally… we’re a little bit of like mind and that obviously works but even then you’ve got to manage the relationship. And that’s how it’s got to be…