You are here: Home » Audio » New Writing » Playwright Moira Buffini puts Thatcher and the Queen on stage in Handbagged (1/2) 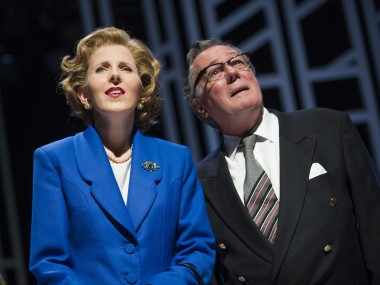 The playwright talks to Heather Neill about her play Handbagged, which examines the relationship between Prime Minister Margaret Thatcher and the Queen in the 1980s. Elegantly structured, with two actresses playing both parts, it opened at the Tricycle Theatre in 2013 and is currently at the Vaudeville in the West End. Recorded: 5 June 2014.

We all feel we know the Queen, but she’s such a private person… I wouldn’t like to hazard a guess on the Queen’s personal politics.