You are here: Home » Audio » Historical Drama » Playwright Howard Brenton on his new political play about Partition: Drawing the Line

Playwright Howard Brenton on his new political play about Partition: Drawing the Line 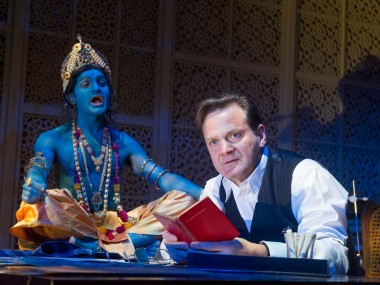 The political playwright talks to Judi Herman about his latest, Drawing the Line (Hampstead), which tells the turbulent story of the 1947 Partition of India by placing centre stage the figure of Cyril Radcliffe, the man who had to draw the border between India and Pakistan. He also talks about his other recent successes that have brought history to vibrant dramatic life. Recorded at Hampstead Theatre, 18 December 2013.

You try and keep the action in the present with a history play: back story is a killer. But it’s tricky. The audience want to see something about Anne Boleyn, or about Partition with this new play, so you’ve somehow got to start from zero and feed the information in and make it the grain of the dialogue and the action.