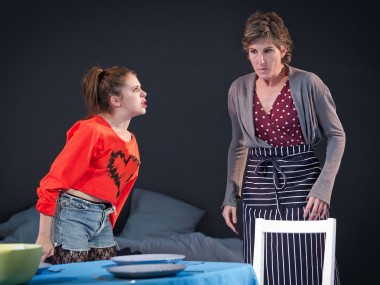 The playwright talks to Carole Woddis about her new play, Jumpy (Royal Court), which is a hilarious comedy about the relationship between mothers and daughters in the new digital age. Recorded at the Royal Court, 26 October 2011.

We all know that since 1989 [when the Berlin Wall came down] there’s been a big change in our world and ideas. Big ideas such as socialism and feminism you could wear much more easily before than after, for example. And my daughter was born after 1989… I was just looking at my own life in a way. Have we gained something, have we lost something?