You are here: Home » Audio » Directors » Nick Hytner shares a few of his favourite songs (1/2)

Nick Hytner shares a few of his favourite songs (1/2) 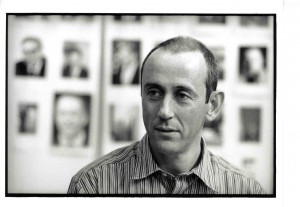 THESE ARE A FEW OF MY FAVOURITE SONGS: NICHOLAS HYTNER (1/2)

The artistic director of the National Theatre talks to Mark Shenton about some of the songs that have meant the most to him during his career. Part of a special series at Jermyn Street Theatre, London, in aid of the Theatre Guild, organised and curated by Shenton. The featured singer is West End leading lady Caroline Sheen. Recorded: 2 June 2011.

I took a decision that the golden age of musical revival was over – several had been done and done absolutely brilliantly – I didn’t think there were that many left that I’d want to do under the best of circumstances… It’s a small genre.

Mr Snow, from Carousel (sung by Caroline Sheen)
It Ain’t Easy Being Me, from Jerry Springer – the Opera
Bewitched Bothered & Bewildered (in the Sam Barnett version from The History Boys soundtrack album)
Bunthorne/Grosvenor, duet from Patience
Susanna/Countess/Count Terzetto, from Act 2 Marriage of Figaro
I Cannot Hear The City, from Sweet Smell of Success)
Le reve Americain (Claude-Michel Schonberg demo tape, original version of The Movie in My Mind)