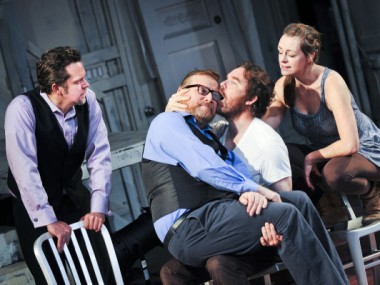 The artistic directors of Bedlam, a company currently presenting full-length productions of Hamlet and Saint Joan with a shared cast of only four, talk to Philip Fisher. They discuss the company’s work both from their perspectives as actors and creators, and also the theatre scene in New York more generally. Recorded: 7 January 2014.