You are here: Home » Audio » 19th-Century Drama » Mike Poulton talks about his career as an adaptor of neglected classics 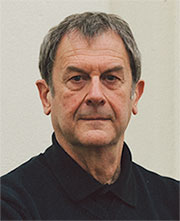 The playwright responsible for the adaptation of Ivan Turgenev’s Fortune’s Fool currently impressing the critics at the Old Vic darts out of the final stages of rehearsals for his adaptation of Hilary Mantel’s Wolf Hall and Bring Up the Bodies at the RSC to give a quick resume of his increasingly fabulous career. Dominic Cavendish quizzes. Recorded at Stratford-upon-Avon, 5 December 2013.