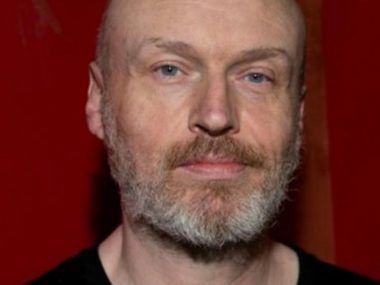 INTERVIEW: MARK RAVENHILL. Mark Ravenhill exploded on to the theatre scene in 1996 at the Royal Court with his uncompromising play about young people in a materialistic world, Shopping and Fucking. Other original work followed, including Some Explicit Polaroids, Mother Clap’s Molly House and, most recently, The Cane. His version of Hitchcock’s Blackmail has just opened in Colchester and a contemporary queer version of La Boheme directed by Mark will open at the King’s Head in April.

Now he has undertaken a new challenge, as co-artistic director (with Hannah Price) of the King’s Head. Founded in 1970, the pub theatre in Islington has just celebrated its pandemic-postponed 50th anniversary. Heather Neill talks to Mark Ravenhill about his varied career and his plans for the development of a new 220-seat King’s Head theatre, due to open in 2023.