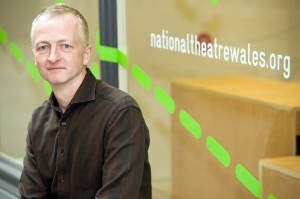 The artistic director of National Theatre Wales gives theatreVOICE an exclusive survey of his programme for the company’s second season, running from this year’s Edinburgh Festival into next year’s Olympic period and concluding in the forests of North Wales in autumn 2012. Dominic Cavendish quizzes. Recorded: 25 May 2011.

The Radicalisation of Bradley Manning is written as a political response to the [Bradley Manning] story – what if you lived in Haverfordwest and grew up with this kid who ended up almost bringing down the American government? What would that mean, and what would that say about society today? It will be set in those teenage school moments. What I’m hoping we’ll be able to do, each place we go with the show, is take over a school in the evening…