You are here: Home » Audio » New Writing » Interview: Stella Feehily and Max Stafford-Clark on This May Hurt a Bit, the NHS play

Interview: Stella Feehily and Max Stafford-Clark on This May Hurt a Bit, the NHS play 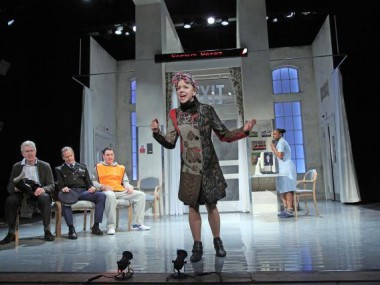 The playwright and Out of Joint’s artistic director talk about This May Hurt a Bit, which tracks the embattled NHS since its foundation in 1948, also telling the story of one woman and her family. Report by Judi Herman. Recorded at the offices of Out of Joint, London, 25 April 2014.

I think the play is a rallying cry for the NHS and the word agitprop has been used a lot in reviews, saying how good it is to see that form again. But it’s interesting that Stella has never seen an agitprop play in her life… The compassion and wit of the play and the humanity and surrealism of it is what gives it such a dramatic and interesting ride.