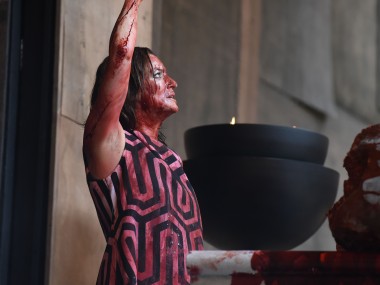 INTERVIEW: RORY MULLARKEY. The playwright and translator, whose version of The Oresteia is currently running at Shakespeare’s Globe, talks to Heather Neill about his approach to Aeschylus. Recorded  at the Globe (in the Sackler Education Centre) on September 21. Production ends Oct 16.

“Thematically Aeschylus deals with ideas of mixing things, the compromises and contradictions produced by trying to reconcile opposites. He is so obsessed with this that it makes itself felt in the language making a mishmash of styles.”