You are here: Home » Audio » Actors and Performers » How to play Money: The Gameshow — and survive the experience

How to play Money: The Gameshow — and survive the experience 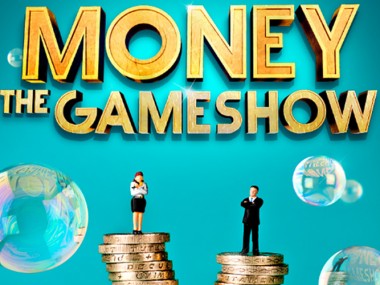 The writer/director and performers of Money: The Game Show, produced by Unlimited Theatre and currently at the Bush Theatre, speak to Ella Parry-Davies. The show is an interactive piece about the human cost of financial crisis, and features £10 000 in real pound coins on stage, asking the participants to bet and hedge the futures of the characters. Recorded at the Bush Theatre, 18 February 2013.

Money is a performance, it’s something we’re all choosing to believe in – in the same way as when you go to the theatre. We believe in our faith in money.