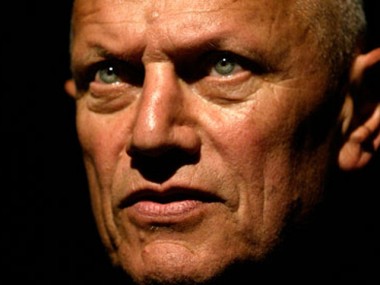 In a series of thoughtful and outspoken extracts from a conversation with Dominic Cavendish in the wake of a media furore about comments he made about Twitter while on stage at the New Town Theatre, Edinburgh, the legendary actor, playwright and director Steven Berkoff airs his controversial views, mourns the dearth of stimulating world drama on the BBC, extols the virtues of the Fringe, and explains the impulses behind his theatrical exploration of the acting life, An Actor’s Lament (Assembly Hall). Recorded at Assembly Check Point, 9 August 2013.