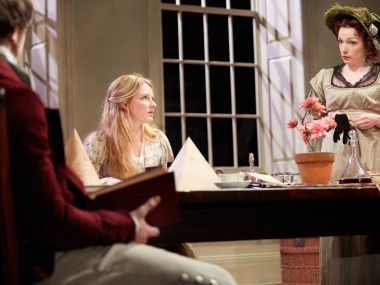 The award-winning director talks to Heather Neill about her new production of Tom Stoppard’s 1993 masterpiece Arcadia for the English Touring Theatre, a play which was recently voted one of the Nation’s Top Five plays in the company’s My Favourite Play poll. Recorded at Shakespeare’s Globe, 27 February 2015.

You come out thinking that, given we are all going to die, how do you live? But you also come out feeling for the characters.