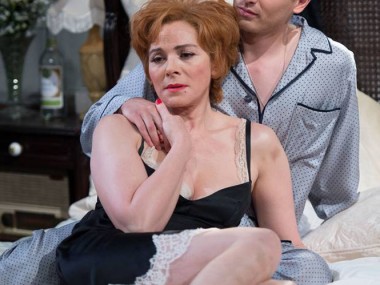 The Broadway star talks to Philip Fisher about his role in Tennessee Williams’s Sweet Bird of Youth (Old Vic), in which he plays Chance Wayne opposite Kim Cattrall’s Alexandra Del Lago in Marianne Elliott’s new production of this 1959 classic. Recorded at the Old Vic, 28 June 2013.

It’s been a real joy acting with Kim Cattrall — I’ve been really impressed with her willingness to explore the darker and grittier aspects of the play.