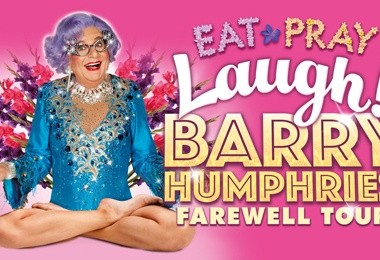 In an exclusive collection of excerpts from conversations – conducted by Dominic Cavendish – the legendary Australian entertainer, 79, reveals his past as a theatre critic, explains why he’s laying his characters to rest and gives an in-depth account of his theatrical adieu Eat Pray Laugh!, currently running at the London Palladium. Recorded at various intervals during 2013 at venues in London.