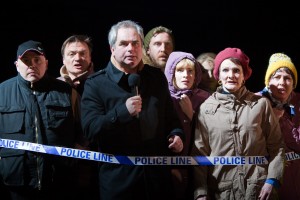 The cast of London Road

The creator (with composer Adam Cork, and director Rufus Norris) of the documentary musical London Road, dealing with the neighbourhood caught up in the notorious Ipswich prostitute murders of 2006, talks to Dominic Cavendish about this hit National Theatre show. More information: Recorded Delivery. Recorded: 14 May 2011.

The residents of London Road felt that their area had been maligned because of the problem of prostitution and then being the road where Steve Wright the murderer lived, for them this was an opportunity for them to say, We’re not really like that… They felt the press had tarred it.