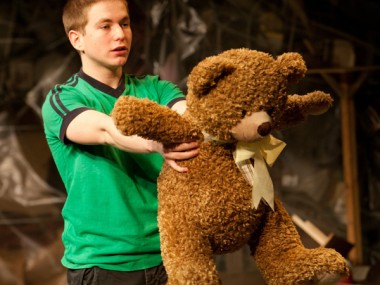 The actor and playwright talks to Aleks Sierz about his powerful playwriting debut, Winterlong (Soho Theatre), which was joint winner of the Bruntwood Playwriting Competition in 2008, and premiered at the Royal Exchange in Manchester. Recorded at the Soho Theatre.

Ten years ago, Oscar would have been one of the parts that I played in the plays of Robert Holman or Simon Stephens so I understand the character from within.