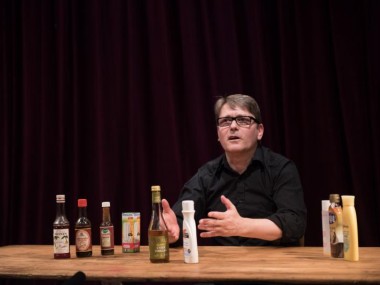 People have been watching this story – these words, pretty much – for 400 years or whatever. I was totally stunned. Most theatre people are used to that, but I was totally surprised by that thought.