You are here: Home » Audio » Actors and Performers » The Two Worlds of Charlie F: from tour of duty to tour de force

The Two Worlds of Charlie F: from tour of duty to tour de force 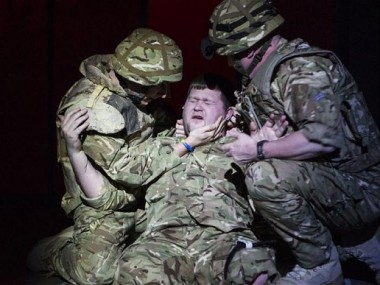 Three members of Bravo 22 Company, Cassidy Little, Dan Shaw and Darren Swift join director Stephen Rayne to talk to Dominic Cavendish about the stage phenomenon, The Two Worlds of Charlie F, which tells stories of life in combat, and post-combat, using a specially recruited troupe of servicemen and women, augmented by professional actors. The show, first seen in 2012, is back on tour in spring 2014, visiting towns across the UK.

Joining this production has helped me – before this project I fell into deep depression – I was going out and getting drunk every night, getting angry.