You are here: Home » Audio » Directors » The Bunker Theatre 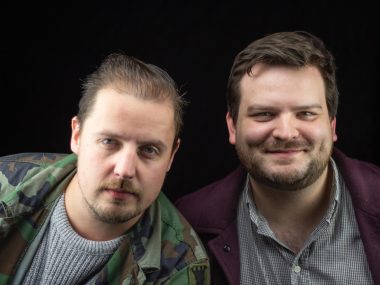 INTERVIEW: CHRIS SONNEX AND DAVID RALF. In 2016 Joshua McTaggart and Joel Fisher converted an underground car park in south London into a theatre, and very quickly the Bunker established itself as a leading fringe venue, championing new work by underrepresented writers and bringing in new audiences. In 2018 Chris Sonnex took over as artistic director and David Ralf as executive director, and together they took the theatre to new heights. But in March, the Bunker closed its doors for the very last time as the underground site was earmarked for redevelopment. JN Benjamin talked to Chris Sonnex and David Ralf to reflect on the theatre’s legacy. Recorded at the Bunker Theatre, 10 March 2020.

“We have proven that it is sustainable, that we should be much more representative in our industry because people do turn up to it”