In honour of the late, great theatrical maverick (1941-2008), his daughter Daisy Campbell joins the ventriloquist-comedian Nina Conti, the actor Jim Broadbent, the comedian John Sessions and the director Sir Richard Eyre to share their memories of the man with Ken Campbell’s biographer, the critic Michael Coveney. Recorded at the Royal Court.

Ken enhanced my life in every way. Everything about Ken… about daring, about imagination, about not accepting the status quo, about subverting the orthodox… everything about Ken in the theatre I thought was absolutely wonderful… (Richard Eyre) 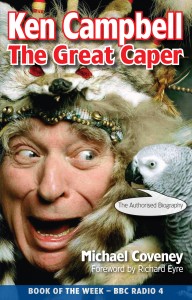