You are here: Home » Audio » Shakespeare and Renaissance Drama » Nick Bagnall talks about The Two Gentlemen of Verona

Nick Bagnall talks about The Two Gentlemen of Verona 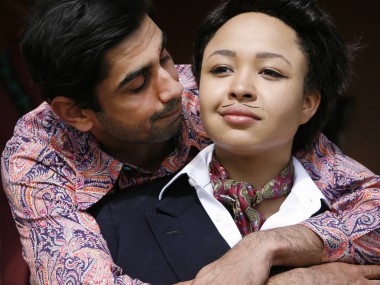 INTERVIEW: NICK BAGNALL. The director talks to Judi Herman about his production of Shakespeare’s early comedy The Two Gentlemen of Verona, a joint production by Shakespeare’s Globe and Liverpool Playhouse, which he has set in the 1960s, complete with music played live onstage and designed to tour both in the UK and in Central and Northern Europe. Recorded on 5 May 2016 at Shakespeare’s Globe.

“It couldn’t be worse behaviour [by the male protagonists]. But I like to think of it as – I’ve said this a lot when it comes to this play – we all make mistakes as teenagers. I’m not forgiving anybody; I think I always imagine it that, Valentine especially, and then Proteus to follow, it’s as if they’re just running headfirst into their future, elbows out and they’re kind of making terrible mistakes en route”.