You are here: Home » Audio » Actors and Performers » Actress Naomi Frederick on The Heresy of Love at Shakespeare’s Globe

in Actors and Performers 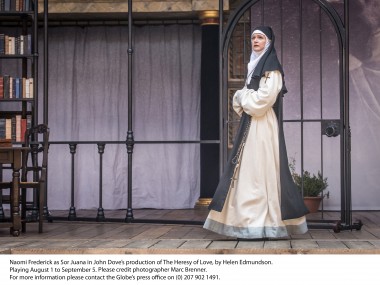 “Helen Edmundson was anxious how the play would fare, because it’s a fragile delicate piece, because the flavour is so dictated by this female protagonist, but it is an epic story and she is a big character. The story is a big one and the history is large too, so it does fill the space.”