You are here: Home » Audio » Actors and Performers » Nadia Albina and Leo Bill run through A Series of Increasingly Impossible Acts 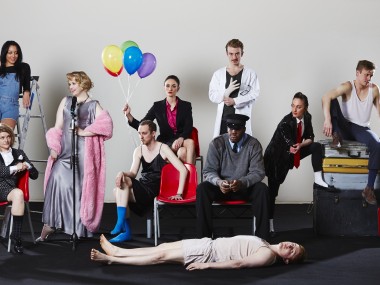 The Secret Theatre actors talk to Matt Trueman about the company’s devised piece A Series of Increasingly Impossible Acts. Built around a loose structure, the show changes each night with a new protagonist picked out of a hat at random, before being hurtling through a series of challenges and improvised confessional scenes. It all adds up to an involving tract on the importance of love and keeping on keeping on. Recorded at ArtsDepot, 16 October 2014.

If you do something physical it frees something up in your brain to respond emotionally, so you’re less inhibited.