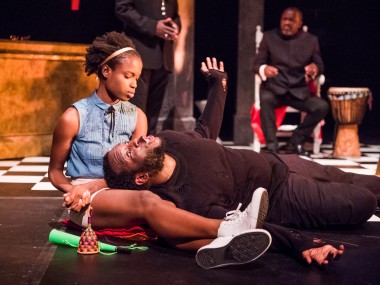 INTERVIEW: JEFFERY KISSOON. Following the success of their first three productions, Macbeth, She Called Me Mother, and The Diary of a Hounslow Girl, Black Theatre Live in association with Watford Palace Theatre and Stratford Circus Arts Centre are touring Hamlet around the UK with an all-black cast and creative team. Jeffery Kissoon, director, talks to Suman Bhuchar about the production, which plays at the Stratford Circus Arts Centre, 2 – 5 November 2016. Recorded on 26 October 2016 at Tara Arts.

“I am highly influenced by Peter Brook, everything about his work, his approach, especially with his Hamlet”