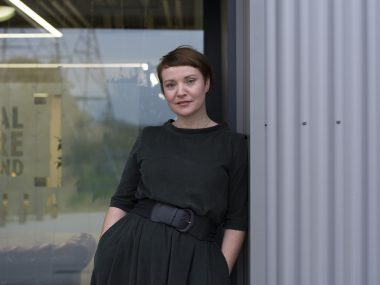 INTERVIEW: JACKIE WYLIE. Nine months into her new job at the helm of National Theatre of Scotland, Jackie Wylie talks to Mark Fisher about her plans for the company. Looking back at her background in live art and experimental performance, they discuss the act of curation as an artistic practice and the need for a national theatre to be both populist and progressive. Recorded at Rockvilla, Glasgow on Wednesday 29 November 2017.

“Having a separation between the idea of the tradition and the experimental is probably not helpful in the 21st century. What I’m looking for is really really exciting. It doesn’t matter if that’s traditional or experimental”