You are here: Home » Audio » Directors » Director Nick Bagnall introduces Lily Cole as Helen and The Last Days of Troy 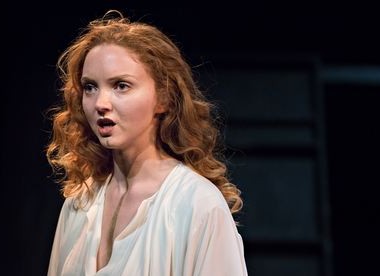 The director of Simon Armitage’s new play, The Last Days of Troy, performed at Manchester Royal Exchange and Shakespeare’s Globe, with Lily Cole as Helen of Troy, talks to Judi Herman about directing the show in both spaces and working closely with Armitage from conception to production. Recorded at Shakespeare’s Globe, 27 June 2014.

It is a very intelligent reading of Helen of Troy and very intelligent writing, considering that she doesn’t really appear in the Iliad, that this whole war is about her, it was a major decision to make sure she had a voice. It’s also a fascinating thing Simon’s done that she never gives anything away, because she doesn’t know who’s going to win the war until the final beat of the play.