You are here: Home » Audio » 1930s Drama » Director and actor David Cromer on his excellent production of Our Town 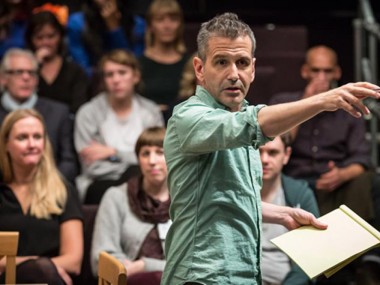 The director and actor talks to Philip Fisher about creating and starring in his exciting and well-received new production of Thornton Wilder’s 1938 classic Our Town (Almeida Theatre) across America and in London. They also discuss the American director’s career and future projects. Recorded at the Almeida, 18 November 2014.

In the United States the dialect of this New England town is associated with a cookie company, and a wholesome voice, but I wanted to play against that.