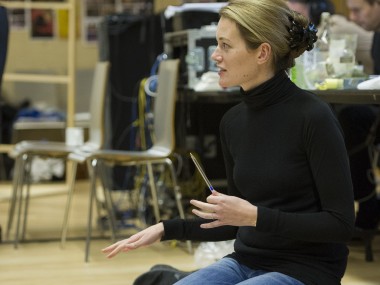 INTERVIEW: CARRIE CRACKNELL. Heather Neill talks to the director about making a big soundscape and dance about Shakespeare’s Macbeth, a radical production that has divided the critics and runs at the Young Vic to 23 January 2016. Recorded at the Young Vic, Jan 13-2016.

“It felt that the form of dance could bring a sense of abandon, of wildness, of madness, the psychosis of evil – all of these could be unleashed within the play.”