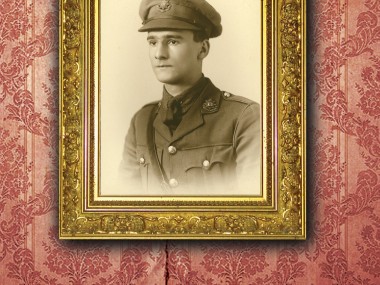 Although it was fought by air and sea too, it’s the land war we tend to picture first when our thoughts turn to the First World War – as inevitably they will this centenary year – and above all of course the Western Front and the Trenches. Remarkably in the decades since the end of the conflict only one conventional play has evoked that man-made nightmare for its audience and endured: Journey’s End by RC Sherriff, an insurance clerk from Hampton Wick who enlisted in late 1915 aged 19 and lived to tell the tale.

It might seem obvious to provide a detailed account of the wartime experiences that Sherriff drew on and the impact and influence of his play: half a million saw it in the West End following its 1928 premiere and within a year of opening it had been performed by 76 companies in 25 languages, including Japanese and German. Yet it’s only with this splendid new book by Robert Gore-Langton, a well-established theatre critic who reviewed for the Telegraph back in the 1990s, that the story has finally been properly unearthed and presented for the benefit of the wider public.

Gore-Langton supplies enough information to satisfy the theatrical connoisseur and be of use to school-pupils mugging up on this syllabus staple. But by retracing the journey Sherriff went on before he produced his epitaph for the lost generation he provides an illuminating route into the vast subject of the Great War itself. Furthermore the way in which he assesses the complex legacy of the play – it was sometimes derided and for a while fell out of favour, “Missing presumed dull” Gore-Langton quips – contributes to the big debate as to how we should consider the conflict that rumbles on right up to this minute.

Is this “well-made” three-act drama, set entirely in an officers’ dug-out in the trenches at Saint-Quentin, Aisne, over a four-day period running up to the big Boche offensive of March 21 1918, too sanitised and jingoistic to deserve its classic status? Evincing displays of blood and tears, it has had a good deal of mud flung at it. The director Joan Littlewood despised it – flew into a fury at the mere mention of it, we’re told. She devised the satirical vaudevillian entertainment Oh, What A Lovely War!, which premiered in 1963, as a riposte to its straightforward heroics, ranging far from the Lines and realism and making much play of statistics and songs.

True, in its portrait of the officer class – at the centre of which stands the nerve-wracked, whisky-dependent Captain Stanhope (first played by a young Laurence Olivier) – Journey’s End goes little further than showing a bunch of decent young chaps facing unbearable pressure, lions not donkeys. But its lasting power, Gore-Langton rightly argues, lies in its ambiguity and understatement. The play doesn’t invite us to approve military tactics or mourn one character over another. It was hailed by some as a “noble war play” and promoted by its strike-it-lucky producer as a pacifist statement but its author, a former grammar-school boy who remained unspoiled by his success and a bachelor until his death in 1975, was quietly adamant: “It is simply the expression of a kind of ideal. I wanted to perpetuate the memory of some of those men.”

When he joined the 9th Battalion of the East Surrey Regiment (C Company) there was no thought of theatre in the head of Robert Cedric Sherriff. He still had that swiftly dispelled attitude that as well as doing his bit for King and Country, the war would provide adventure, allowing him to escape the deathly morass of office life. Gore-Langton paints an amusing, irony-laden picture of Sherriff’s Pooterish pater, also in insurance. His was a career of attrition: “Robert noted that his father started as junior clerk in one corner of the office and forty-five years later ended up in the opposite corner as senior clerk, an average move, he computed, of five inches a year.”

That keen eye for detail served him – and us – well; the letters and diaries that Gore-Langton draws from – along with other research – were meticulous enough to confirm that many notable aspects of Journey’s End corresponded with the author’s first-hand experiences. The opening vignette of an officer drying out a sock over a candle, the greeting of the new boy (Raleigh) with a glass of whisky and the bitter outcry when it’s discovered there’s no pepper – all these rank as authentic touches, and his dialogue was almost a form of faithful reportage.

Perhaps most fascinating is the psychological identification Sherriff must have felt with the disintegrating Stanhope and to a lesser extent the demoralised Hibbert, who pretends to have neuralgia. At times he battled to cope. In one fear-soaked diary entry he couldn’t even muster complete sentences: “Shell whizzes over… feel sick – breathing comes hard heart beats. NERVES.”

“Luckily” for Sherriff he was invalided out – got a “Blighty one” – at Passchendale, his face embedded with bits of concrete from a shattered German pillbox. It was almost as much of a fluke that his modest play, which had little obvious commercial appeal and might easily have been passed over as lacking novel interest for a war-weary public, got taken up for a short set of performances at the Apollo. The rest is theatrical history and Gore-Langton charts it all with respectful, awed aplomb.
Dominic Cavendish
****